What are Industrial Network Gateways?

An industrial Network gateway is used to interface between networks that support different protocols. In both the IT and OT worlds, gateways make communication possible between the many different resident architectures and protocols. They repackage and convert data going from one network to another so that information can be understood.

A gateway may contain functionality such as protocol converters, impedance matching devices, rate converters, fault isolators, or signal translators as necessary to provide system interoperability. Industrial gateways covered in this report are used to bring networked devices, whether IP-based or not, onto IP-based networks and potentially into the industrial internet.

The industrial gateway functional spectrum is widening with the advent of the industrial internet. Historically relegated largely to simple protocol conversion, the advent of remotely programmable microprocessor-based gateway platforms with standard operating systems and the ability to host IIoT platform agents and resident applications has greatly expanded the gateway’s functional profile. 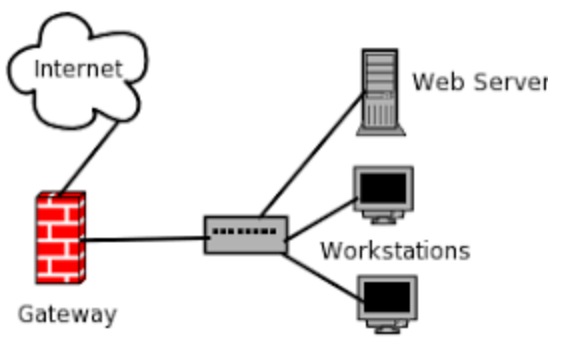 Network routers and switches are typically included in part of the gateway spectrum, but this category of product is specifically excluded from this report and covered in separate ARC network infrastructure deliverables. Media converters, device servers, and dedicated protocol converters are similarly excluded.

In order to capture the burgeoning functional spectrum of industrial gateways, this analysis separates traditional automation protocol conversion devices from the new class of IIoT gateway devices. Simply put, and for the purposes of this analysis, automation gateways are considered those that function at the lower levels of the architectural stack and emphasize protocol conversion.

IIoT or “cloud” gateways, on the other hand, are distinguished by their emphasis on serving device data up to a cloud or other components of the industrial internet. Differentiating factors include use of a standard microprocessor and operating system, like the Intel IoT platform, as well as support of Representational State Transfer (REST) APIs, Message Queuing Telemetry Transport (MQTT), and other IoT data integration and transport protocols. OPC UA (Unified Architecture) may also be used to this end.

In these early days of the industrial internet, a number of suppliers offer integration between their gateway devices and their own private Clouds. Examples include HMS Industrial Networks with Netbiter and its Argos Cloud, as well as Digi International and its Device Cloud. These products, and others like them, are included in the IIoT category.

The latest IIoT gateways support components of higher-level IIoT platforms capable of executing at the edge. These gateways ease the interface between the edge and the Cloud and further enable execution of edge applications, such as analytics. Examples of these edge platform agents include GE’s Predix Machine, found in its Field Agent Gateway and partner devices, as well as Cisco’s unbundled IOx platform resident in its 8x9 Series routers and partner products.

This report presents the gateway market from the perspective of the slave and master networks served. Due to the emphasis on industrial internet applications, all of the master networks must be IP-based, which excludes serial and other non-IP masters. The categories by network type include:

A central processing unit (CPU) is the electronic circuitry or “chip” within a microprocessor-based gateway that performs the basic arithmetic, logical, control, and input/output (I/O) operations. Intel, ARM, and Freescale are the most popular chip suppliers for industrial gateways.

An operating system (OS) manages computer hardware and software resources and provides common services for applications. Operating systems are important distinguishing factors in the realm of industrial gateways because of the trend toward edge-resident applications that must be able to execute in gateways. Linux is currently the most popular OS among IIoT gateway providers, but Windows 10 is emerging as another option, particularly among those customers employing Microsoft’s Azure Cloud.

The 128 bit IPv6 was developed by the Internet Engineering Task Force (IETF) once it became obvious that the number of addresses available under its predecessor, IPv4, would imminently be exhausted. The two protocols are not designed to be interoperable, but software and products exist to allow communication between hosts and interfaces supporting the respective protocols.

As of this writing, most industrial networks do not support IPv6. Many of the new IIoT gateways do, however.

Most industrial cellular gateways currently operate at either 3G or 4G LTE. The term 4G means the fourth generation of data technology for cellular networks. The acronym LTE stands for Long Term Evolution and is short for a very technical process for high-speed data for phones and other mobile devices. The new LTE M technology is being designed specifically for internet communications.

Gateways that interface slave networks to an Ethernet backbone may support one of the available industrial Ethernet network protocols. A number of these protocols exist, but most devices that currently support an

industrial network protocol are designed for use with either EtherNet/IP or PROFINET.

Form factor refers to the gateway’s size, shape, and physical footprint. Many industrial network edge devices are sold in either the DIN rail or the rack/panel mount form factor. Gateways embedded in end devices, such as fan-less industrial PCs or HMIs, are another option. In this latter category, only embedded gateways sold by suppliers that also sell standalone devices are included. Suppliers that market only embedded products are excluded from this research.

Class I hazardous locations are those in which flammable gases or vapors may be present in the air in sufficient quantities to be explosive or ignitable. Class II locations contain combustible dust. Class III locations are areas where ignitable fibers or debris is present, due to the types of materials being handled, stored, or processed.

Industrial environments may contain dusts and fluids. Devices may need to be protected to prevent ingress by these contaminates. The National Electrical Manufacturers Association’s (NEMA) environmental rating is used in the United States. Europe and other global regions use the International Electrotechnical Commission (IEC) environmental standards and “IP code.”