The I/O Modules for Discrete Automation Market Research Study delivers current market analysis plus a five year market and technology forecast. The study is available in multiple editions including worldwide, all regions, and most major countries.

The Discrete Automation I/O Modules market experienced strong growth over the last two years.  It grew stronger than the overall automation market.   Due to regional focus, technological developments, and other factors, ARC expects this trend to continue over the next five years.  Especially 2018, which will show over the average performance once again due to stable global economic developments on a high level. 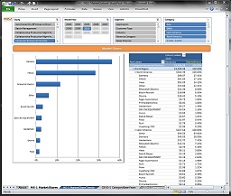 In the current environment of digitalization, the tasks and requirements for automation equipment are changing.  This report addresses strategic questions such as:

​Contact us for the countries available for this study.